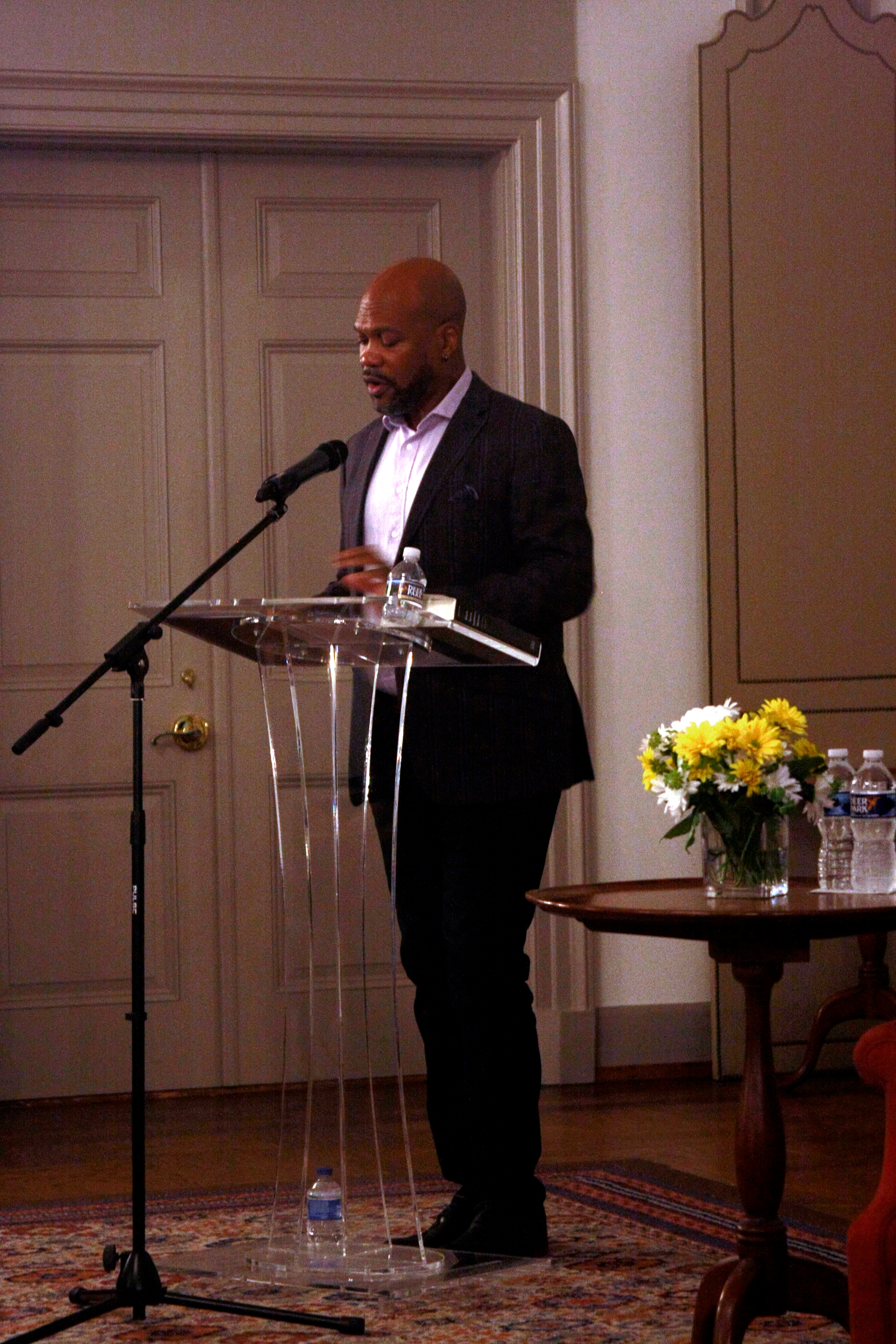 We had a wonderful turnout for the talk given by North Carolina native Dr. E Patrick Johnson, who spoke about his book, Black. Queer. Southern. Women. WGS would like to thank  Dr. Tara Green, recipient of the Linda Arnold Carlisle Professorship, for her organizational efforts and the Departments of English and the Humanities Network and Consortium for their support. After Dr. Johnson spoke, he joined a panel consisting of Dr. Green and Dr. Valerie Johnson from Bennett College.

WGS Graduate student Aries Powell introduced Dr. Johnson, describing his work as “challenging the straightwashing of Black histories and communities.” Johnson’s previous book Sweet Tea, which is an ethnography of Black Queer men in the South served as inspiration for Black. Queer. Southern. Women.  Johnson mentioned that he was particularly interested in the gender differences that he uncovered during the research process. Both books are drawn from oral histories, although his non-traditional methodologies have raised eyebrows among historians. By breaking away from the standard ethnographic style of writing, and acknowledging that he is “Co-present”, Johnson brings a sense of authenticity to his work. He holds several degrees, and a background in the performance arts, and “having a foot every field” has shaped his work.

Instead of simply describing the stories of the women that he interviewed, Johnson engaged the audience by performing their stories, using their own words and speech patterns. In this manner, listeners were able to relate to the women in a unique manner. Each woman’s story highlighted a different aspect of lesbian life in the South during the past century, and although the manner in which the stories were presented was often amusing, the underlying issues were completely serious and thought-provoking. A woman whose fundamentalist mother tried to exorcise the queer out of her taught lessons of forbearance and forgiveness just as the coming out story of a young lesbian to her grandmother challenged assumptions about older black women. One thing that saddened and surprised Johnson was the extent to which black lesbians are subjected to sexual assault and violence.  In fact, one in five women that he interviewed reported being sexually abused.

Johnson also spoke about why he centers his research in the Southern US. He feels that the South is often overlooked in the field of sexuality studies but is extremely worthy of study. With his work, he seeks to challenge traditional narratives. At a time when Black queer studies is flourishing, there is still a tension that exists between feminism, transgender studies and Black queer studies, and Johnson explains that this tension is productive, opening new doors, and increasing visibility. He is looking forward to learning from and being taught by a new generation.