The Women’s Suffrage Movement at State Normal and Beyond

The Women’s Suffrage Movement at State Normal and Beyond 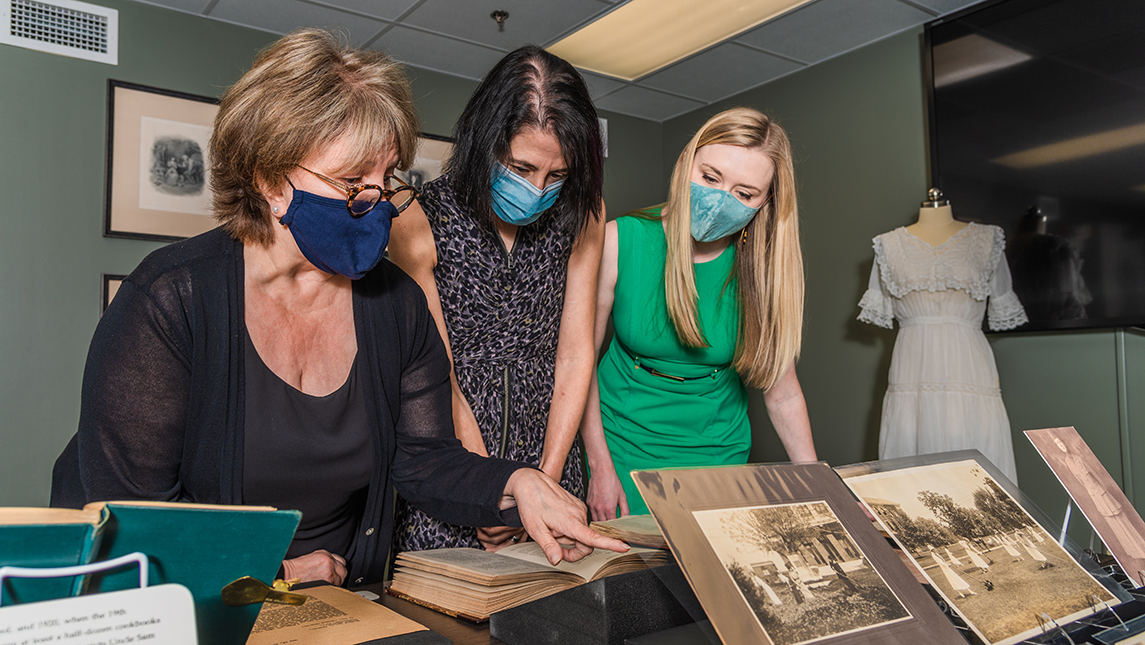 One hundred and one years ago, the 19th Amendment to the Constitution was passed, guaranteeing and protecting women’s right to vote.

On August 18, 1920, after a nearly century-long fight, Tennessee became the 36th and final state approval needed to ratify the amendment.

How far have women’s rights come since then? How has the activism of the suffragists inspired the activism we see today?

Last year, we spoke with Dr. Mandy Cooper, a historian and a lecturer of women’s history at UNC Greensboro, to answer these questions in honor of the women’s suffrage centennial. Read the Q&A.

But what did the movement look like on UNCG’s campus 101 years ago?

“The young women were very serious about women’s right’s issues,” says Smith when describing the students of State Normal and Industrial College in regard to their involvement in the women’s suffrage movement.

The first true suffrage event on campus took place in 1915 when 250 students participated in a march during their regular afternoon “walking period.” This march, led by members of the orchestra and students with makeshift instruments, paraded down College Avenue with “Votes for Women” banners flying high. The protest ended at Spencer Dormitory, where the women listened to speeches on women’s rights given by their fellow students.

At the 1915 commencement exercises, students refused to applaud the speaker, Governor Locke Craig, because he spoke against women’s suffrage. It was only after Governor Craig conceded that he would support women’s right to vote if that is what they desired that he received a positive response from his audience.

On another occasion, an alumna from the Class of 1915 recalled that after one particularly offensive speech during which the speaker suggested that women leave the vote to men, the students created an effigy of the unfortunate legislator and burned it in Peabody Park. The same year, the students formed a suffrage group on campus, which is thought to have been the first of its kind in the South.

In 1918, 575 of the 650 students on campus signed a petition to be sent to their senators advocating for women’s suffrage. This petition received a great deal of publicity, resulting in one state paper commenting, “The action of these young women have had much to do with bringing the North Carolina State Normal College into prominence as representatively progressive and reflecting Twentieth-century ideals and revised standards.” Several months later, Julius Foust, president of State Normal, wrote to Senator Lee Overman supporting the movement, reflecting the sentiment of most of the faculty.

During these politically active years, State Normal was fortunate to have many strong suffrage advocates speak to the student body, such as Jeannette Rankin, the first woman to serve in the United States Congress, and Dr. Anna Shaw, president of the National American Suffrage Association. Shaw spoke at the school on three occasions, including giving the 1919 commencement address. She felt that the spirit of the State Normal students was “inspiring and unique.” Her connection to State Normal was such that she would ultimately leave the college scholarship funds in her will. The college named a dormitory in Shaw’s honor in 1921.

The students at State Normal were leaders in the movement. There were multiple women’s colleges in the state, but most were connected to religious denominations, so State Normal students may have felt more free to speak out on politics.

“I think our students were pioneers. They were lauded for being the most active women’s college in the state for wartime mobilization during World War I, and they put that same energy into their interest in suffrage,” says Smith.

Faculty members like political science professor Harriet Elliott helped students make their voices heard and shared new ideas that the students may not have been learning about in their church or at their family dinner table.

“She encouraged the students to think of themselves as part of a broader world,” said Smith. “Many alumnae credited Elliott with helping them gain a fundamental understanding of the suffrage movement and its relationship to the political and economic climate of the day.”

In the state and beyond:

North Carolina suffragists were active in the fight both nationally and at the state level, including those at State Normal and Industrial School. In fact, the North Carolina Woman’s Suffrage Association was founded in 1894, only two years after the school first opened its doors. Suffragists in North Carolina were more likely to have received a college education and to hold or have held a job outside of their homes.

But, there were many in the state who opposed suffrage. Many anti-suffragists declared that “politics are bad for women and women are bad for politics.” Many anti-suffragists came from more wealthy families – landowners, textile mill owners, and those associated with railroads. And unlike their political counterparts, anti-suffragists in North Carolina were less likely to have received a college education and to hold or have held a job outside of their home.

How did the movement inspire present-day activism?

“The fight for the right to vote didn’t end with the passage of the 19th Amendment,” says Levenstein. “Black women didn’t secure their rights until the passage of the Voting Rights Act of 1965. And today, we are seeing an intensification of attacks on our democracy in North Carolina and elsewhere. Many UNCG students are involved in these and other social justice struggles, continuing the decades-long quest for democratic participation and equality for all.”

Read anecdotes from students from 1918 about the right to vote at UNCG Magazine.
For She Can We Can Beyond the Women’s Suffrage Centennial events, visit provost.uncg.edu/shecanwecan.