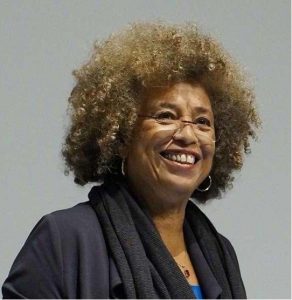 Did you know that “women”, “gender”, and “sexuality” have histories and mean different things to different people? Or that thinking about these issues can help us envision ways of relating to one another that are more caring and respectful? In this introductory course, we invite you to think with us about how gender, race, sexuality, economic inequality, and disability  shape all of our lives and to help us imagine and enact more just futures. We explore the lives and ideas of people who have been historically oppressed and consider their visions of how women, gender and sexuality should be practiced and lived. We invite you to join us in these meaningful conversations. 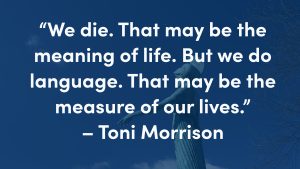 The late great novelist Toni Morrison invites us to think how “we do language” and how it might help us think through, and maybe itself become, a practice of living.  As college students who are asked to spend time crafting your writing, the hidden question in that invitation is, what does your voice sound like on the page?  Toni Morrison long believed that for oppressed people, finding a voice was key to finding freedom.  In this class, we invite you to dwell alongside authors theorizing the shapes of gender and sexual oppression and freedom.  And we ask you to think and practice with language, considering how writing helps  the authors and  you imagine the world differently. 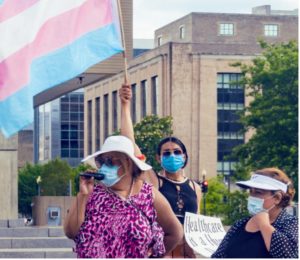 Lesbian, Gay, Bisexual, Transgender, Queer, and Intersex people live and survive in the world.  But even more than that, writers and artists who claim or find affinity in those identities have long pondered how sexuality and gender create  other  worlds.  Worlds where desire doesn’t necessarily need to be named  to flourish.  Worlds where all of one’s  self, as shaped by race, ability, class, sexuality and gender, can thrive without being hindered by someone else’s imposed definitions or norms.  This course introduces you to LGBTQI studies and challenges you to think about the relationship between desire, identity and freedom.

This asynchronous online course explores how biological and social factors shape individual experiences of health and wellness. The course pays special attention to the ways power and privilege can affect the ways people access or engage with the health care system as well as health outcomes. In addition to leaning about topics such as menstruation, reproductive justice, medicalization, and sexuality, students develop skills around accessing health information. Lessons are centered on recent news or health items that students then dive into more deeply to learn about the biological and social issues involved. Through discussions and group work, students share skills, knowledge, and experience to expand their understanding and perspectives on these topics. 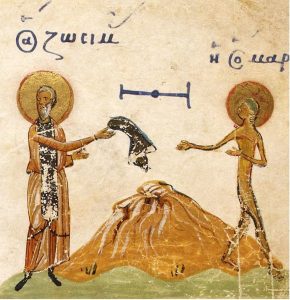 Image: Mary of Egypt and the monk Zosimas, from the Theodore Psalter, 1066 CE.

WGS 310 Christianity and the Construction of Gender 3

What does Christianity–ancient, medieval, or modern–have to say about gender and sexuality? How have Christians thought about being assigned female or male? About having sex or abstaining from it? How do biblical texts talk about families, marriage, or having children? How did later interpreters understand what God wanted with regard to human sexuality? How were gender and theology intertwined? How have paths of Christian life, like marriage and monasticism, embraced or deviated from society’s norms for men and women? Where have queer or trans expressions fit into Christian ideals or been condemned? What might the past tell us about Christian futures for gender and sexuality? 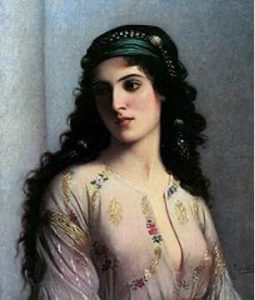 WGS 312 Judaism and the Construction of Gender 3

Since the ancient world, the minority religion of Judaism has constructed gender in ways often distinct from surrounding majority cultures. These gender choices can lead to surprising outcomes in contemporary life. While exploring traditional Jewish ideas about gender and sexuality, our course will look at how Jews established norms for gentle masculinity, supported women’s reproductive choices, and applied ancient laws inclusively for LGBTQIA+ individuals. We’ll look at the stories of Eve and Lilith, read about ancient birth control, listen to an Orthodox sex podcast, and more. Welcome to the conversation! 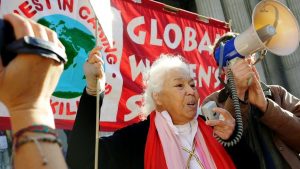 With a foundation in thinking about “women,” “gender,” and “sexuality,” we now ask you to consider these questions in relation to  the impacts of colonization and conquest. We will approach feminisms as plural, as geopolitical (situated in place), and as practices that question and decenter Western modes of understanding. In that way, we will centrally engage the writing alongside the political and creative activity produced by people presumed to be in or from the so-called Third World.  We will think about how people of the global majority have created feminisms that respond to local and transnational contexts 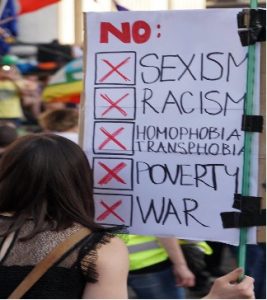 Source: Get this image on: – Wikimedia Commons; Creator: Miguel Discart

Now that you have a good understanding of the histories and struggles that produced and troubled the categories of women, gender and sexuality, we invite you to further engage feminist theories.  This course introduces students to feminism as different ways of knowing and doing.  In this course, we question the notion that feminism is one thing that has to be understood and practiced a certain way.  Rather, we learn how feminist theory describes an array  of engagements with racial,  sexual, economic, gender, ecological and ableist domination. Broadly, we consider together how feminist thinking and theory describes many ways of relating with each other and with the planet with our mutual survival in mind. 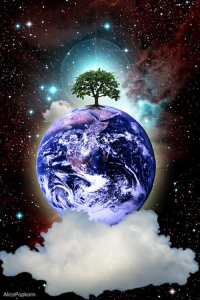 How is the harming of the planet connected to the harming of people? Ecofeminism has long been interested in this question.  Ecofeminism is a philosophy and social movement that focuses on the interconnections between feminism and environmental justice. Ecofeminism analyzes how the same systems of power and historical inequalities devalue and oppress both ‘women’ and ‘nature’.  While the joint devaluation of women and nature are key concerns for ecofeminists, these activists and scholars point to a logic of domination that characterizes all social relations, including one with the earth and nonhuman animals. Ecofeminism promotes an awareness of interdependence and a practice of nonexploitation. As such, in this course we will survey several key environmental feminist perspectives. We will consider how solutions to environmental problems require a feminist perspective, and feminist theory and practice require an environmental perspective. 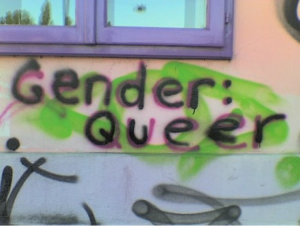 Image info: “Gender Queer” by celesteh is licensed with CC BY 2.0

By this point in your coursework, you have had many opportunities to think critically about gender and sexuality. This advanced undergraduate course offers another opportunity, and focuses particularly on the interdisciplinary field of queer theory.  The class begins not by assuming that the queer is always already situated on the margins of gender and sexual norms.  Rather, this course examines the formation of sexualized and gendered bodies and identities both within and against the institutions, political orientations, and beliefs that produce  the violence of the norm itself.  First, we will investigate the rise of sexuality and gender as ways of knowing, organizing and valuing people that emerge in tandem with systems of racial and economic domination. Building on this foundation, we then look at several related themes: love, eros, intimacy, and sexuality in relation to violence and trauma; the relationship of queer theory, politics, and life to modern-day imperialism (particularly US empire); some of the many practices, relationalities, and forms of work that can be called queer worldmaking. This course centers the work of thinkers and artists who situate themselves within queer and trans of color, postcolonial/anticolonial, Brown, Indigenous, Black, feminist, and allied areas of inquiry. 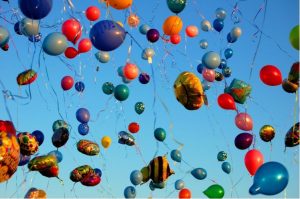 You’re finishing up the Women’s, Gender and Sexuality Studies Major!!! How exciting!!  In this class, you’ll have an opportunity to reflect on your learning and write a paper of your choosing where you engage with WGSS issues and themes.  You might think of that paper as your particular commentary on the field of women’s, gender, and sexuality studies. How exciting!!! (did I say that already 🙂 )?