Afterthoughts “The Mind of a Man: Finding Self in the Age of Toxic Masculinity

Afterthoughts “The Mind of a Man: Finding Self in the Age of Toxic Masculinity 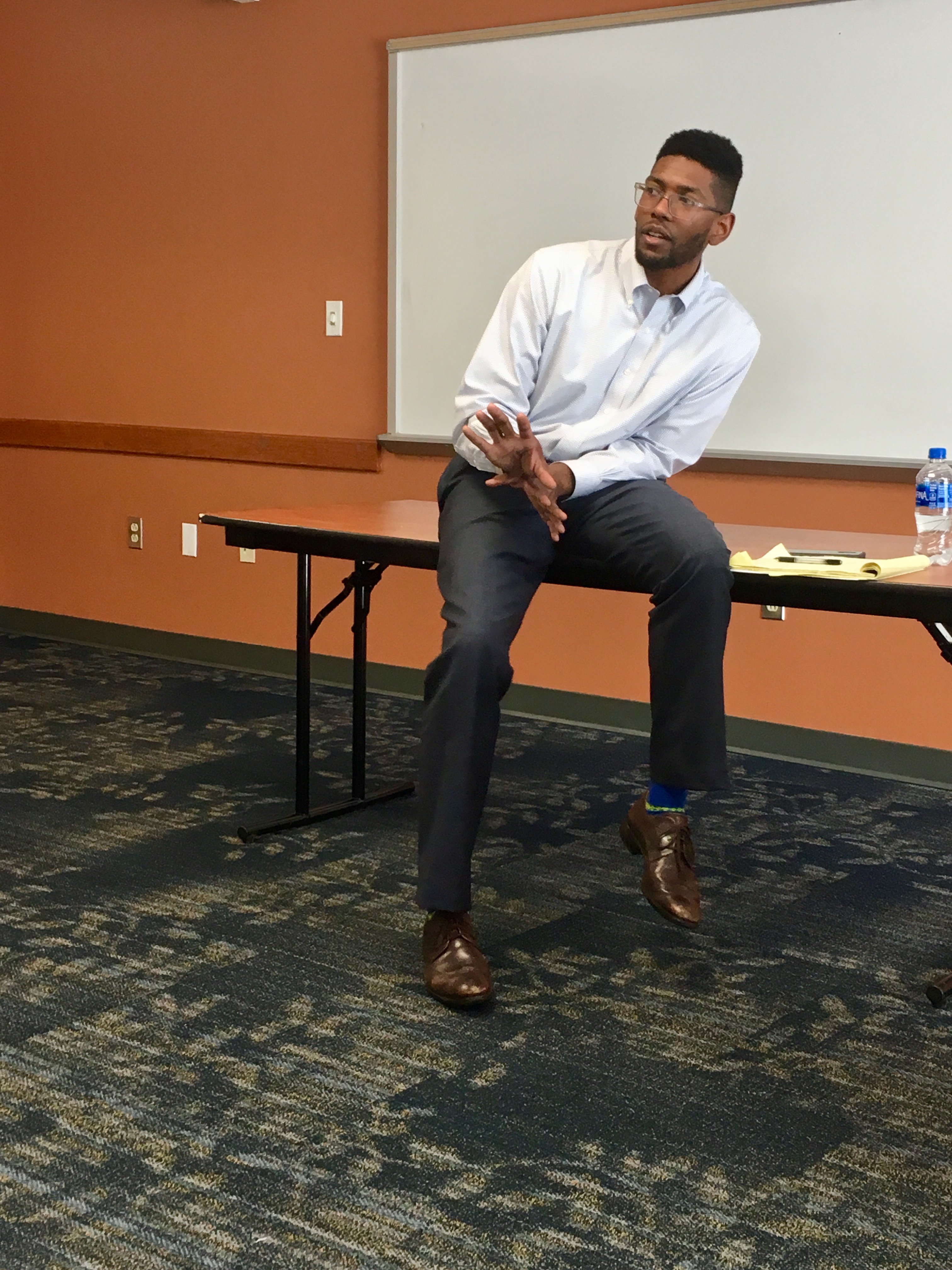 The Women’s and Gender Studies Program welcomed Michael Robinson on Tuesday, April 23rd, 2019 as he facilitated a conversation on “The Mind of a Man: Finding Self in the Age of Toxic Masculinity.”

Michael Robinson opened the conversation, sharing how most of his life had been a projection of who he was “supposed to be.” The idea of ‘man’ as a concept, according to Michael, is “an attachment to ideas that society has made up for us.” He went on to share how his ideas around masculinity and what it means to be a man were shaped by ideas others held, and how he wished to be perceived by them.

Situated in a circle, the attendees went around answering a set of opening questions: What are your pronouns? How do you identify or express your gender? What three men are you bringing with you to the conversation today? (Hypothetically)

Michael went on to a question directed at the men/masculine identified attendees, asking them where they got their ideas about what a man should be. A few responses are noted:

Dr. Mark Rifkin shared that his father expected him to “be athletic and take up space, to be aggressive.” He went on to say how the kids at school taught him he was not that, “that I had already failed to be that thing I was supposed to be.” Dr. Jen Feather stated her father impressed upon her that, “You don’t have to say anything, but when you do—speak authoritatively.” She went on to say how her mother’s expectations of her father and what a man should embody were rooted in them being “reliable and dependable.” Another student added he was, “taught what not to do more so than what to do.”

Michael closed by prompting us to consider, “How do we move into a space of understanding gender as something applied to us? What is the future of masculinity rooted in this level of awareness?” He left us with these final thoughts: “The less we attach ourselves to certain traits/identities the closer we get to one another, with space for more nuance to just be.”

Thank you to everyone who shared space and participated in this important and intimate conversation, and especially to Michael Robinson for taking time out of his day to come open the floor for the said conversation.