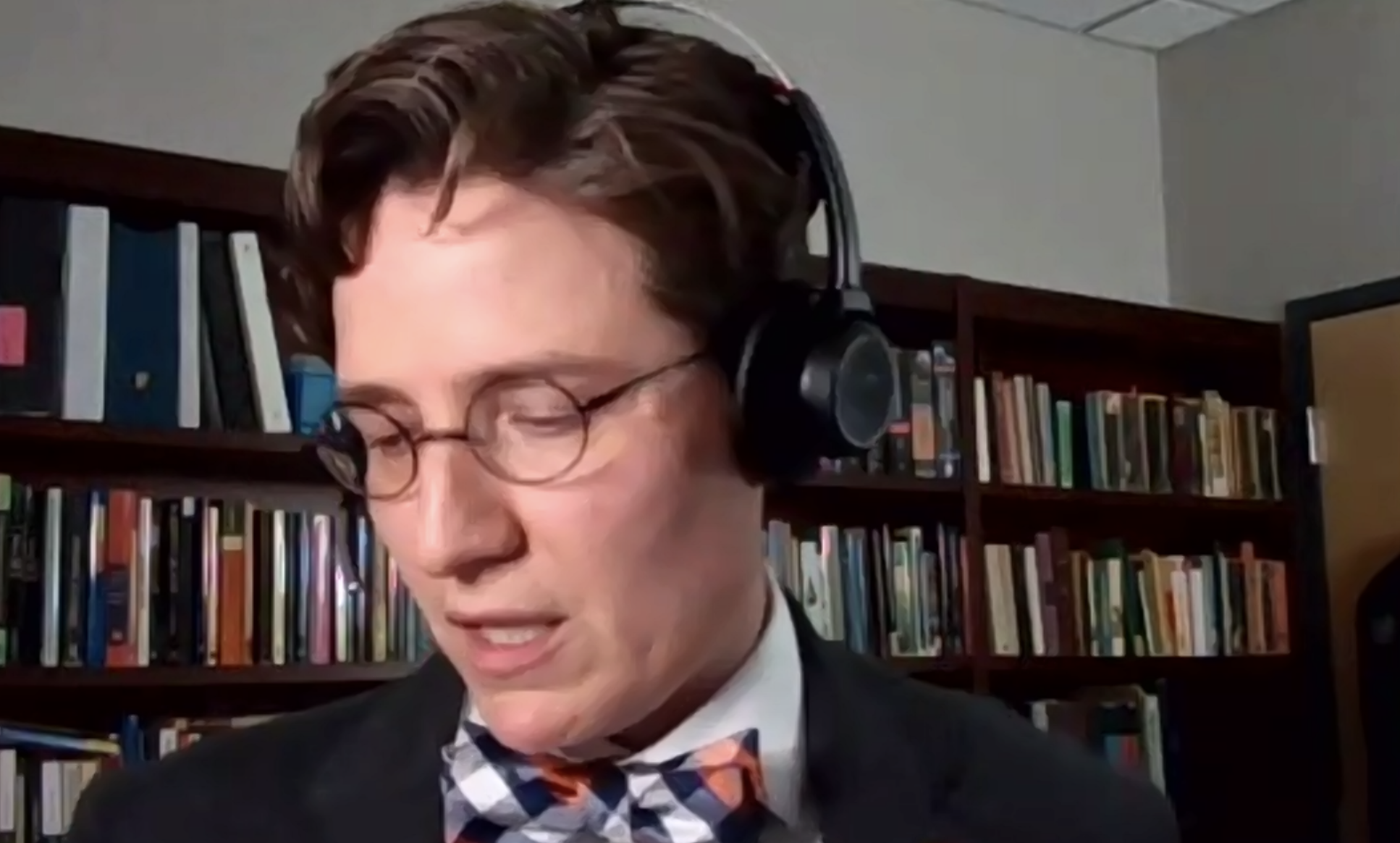 On October 30th, Dr. Jen Feather presented “‘rumor in ambiguo est’: Abusive Authority, Public Emotion, and Renaissance Theater.” Dr. Feather is the recipient of the 2019-2020 Linda Arnold Carlisle Faculty Grant. Dr. Feather decided for her LAC piece that she would discuss what she would describe as “an odd combination” – the Kavanaugh hearings, the Astros sign-stealing scandal, and sixteenth-century drama. t She told us that the emotional structure is what ties these events together.

Dr. Feather began her talk by noting how moral issues shape our common life and perceptions. She presented a disturbing video of important moments in the Brett Kavoungh hearings of 2018 and asked those in attendance to share their emotional responses.  Participants shared that they felt fury, terror, futility, anger, and deep frustration.

Dr. Feathers then compared the court case to the controversy in Major League Baseball over the Houston Astros’ sign-stealing in 2018. She spoke of the emotions behind the controversy and the sense of pride people still felt in the team. She shares how the Astros were a staple team of her childhood, even to the point of her going as Glenn Davis for Halloween when she was ten years old. She explained how the emotions and lived experiences affected how the guilty team was seen. The team had been found guilty on accounts of sign stealing, but the discussions also shed light on issues of misogyny pertaining to the players. This led to her discussion of how audiences in 16th-century theater-used dramatic performances such as Tamburlaine, by the playwright Christopher Marlowe, to contemplate complex emotional and social issues. This example of the theater was used to help shed light on an example of public conversation that we are missing today.

Today we have fewer spaces to publicly process complicated issues such as rape in nuanced ways. Dr. Feather believes that approaches from the humanities offer important frameworks for public conversations about equality, justice, and the common good.